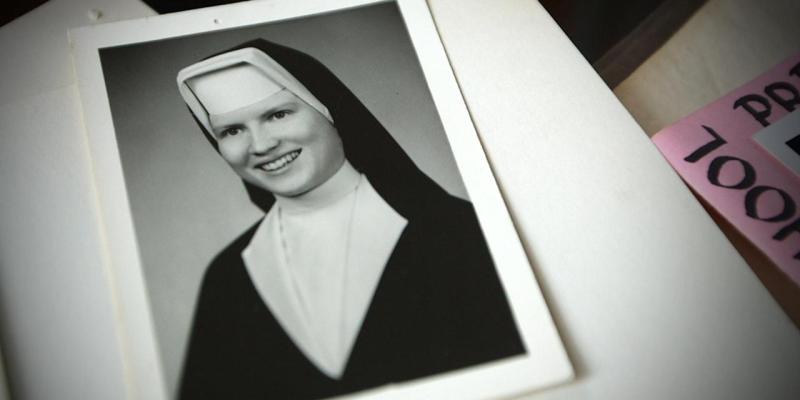 The latest “must see” from Netflix, the seven-episode documentary, “The Keepers,” is a compelling exercise in storytelling. It begins with one narrative, namely the investigation of a 48 year-old murder, but quickly veers to another in order to shine a light on even older crimes: an extensive pattern of sexual abuse covered up by a powerful archdiocese. While the subject matter is absorbing, it’s the manner of the telling that keeps the viewer coming back. Director Ryan White is a master at revealing information only a bit at a time. It makes for such tantalizing viewing that you’ll literally find yourself leaning forward for more clues, more witnesses, more facts.

It’s unfortunate that we don’t get enough to satisfy; this parceling out of information leads to mixed results. While a definitive answer as to who killed Sister Cathy Cesnik is not forthcoming, at least at this time, the actions of the Archdiocese of Baltimore in covering up years of sexual abuse of minors by a particular priest are without question.

“The Keepers” begins by studying the abduction of Sister Cathy, formerly a teacher at Archbishop Keough High School in Baltimore, in the fall of 1969. At the time of her disappearance she and a fellow nun were living in an apartment away from their convent and teaching at a public high school in an experiment sanctioned by the Church to promote closer contact with the community. On the night of November 7, 1969, Sister Cathy left her apartment to run several errands, including a stop at a local shopping center; she never returned although her car was later found parked haphazardly in the driveway of her apartment complex. Two months later her body was found in an isolated area several miles away. Her skull had been crushed.

The extensive investigation which is the focus of “The Keepers” was conducted by Gemma Hoskins and Abbie Schaub, two of Cathy Cesnik’s former students, whose results, we come to learn, are far more informative that those previously obtained by law enforcement. It’s the old story of too many cooks stirring the broth: both the City of Baltimore and Baltimore County apparently had jurisdiction, though the sharing of information left a great deal to be desired. That the ball was dropped on more than one occasion becomes glaringly obvious during an interview with a county detective in charge of the still-open crime file. His shock and embarrassment in discovering that a key bit of evidence—an unopened letter Cathy wrote to her sister postmarked the day after her disappearance—was never turned over by the city police to the county, and in fact remains missing altogether, is painful to see.

But “The Keepers” ultimately spends less time on Sister Cathy’s murder than on the behavior of the priest who is strongly hinted to have been involved. Father Joseph Maskell, the chaplain at Archbishop Keough High School at the time Sister Cathy taught there, was a textbook sexual abuser who methodically identified and preyed upon the most vulnerable students in order to secure their silence, whether by religious coercion, physical threats or both. However, not all kept quiet; at least one girl confided in Sister Cathy, who assured her that “This will stop.” Whether her knowledge led to a confrontation which culminated in her murder remains a mystery, though it’s obvious the Baltimore Archdiocese knew of Maskell’s behavior. In a pattern so well detailed in the film “Spotlight”, the powers that be hopscotched Maskell from parish to parish over the years, and in fact sent him to the Institute for Living in Hartford for six months to get him out of the reach of irate parents. He was eventually named as a co-defendant in an action brought by two Keough abuse survivors in 1994, and later fled to Ireland; he died in 2001. While he was interviewed by law enforcement during the initial investigation of Sister Cathy’s murder, nothing came of it.

Which brings me to an irritating flaw in “The Keepers”—hints are frequently dropped, but follow-up is sometimes lacking. While Father Maskell may have had motive, did he have opportunity? There’s no discussion of his whereabouts on the night Sister Cathy disappeared, though “The Keepers” may or may not prove that he knew where her body was dumped (While I believe Jane Doe’s account of the abuse she suffered, I don’t buy her story about Maskell’s showing her the body). There’s also the matter of Gerry Koob, a former priest who had an extraordinarily close relationship with Sister Cathy; whether their attachment went beyond the platonic is another question that maddeningly remains unanswered, even though Koob is interviewed extensively throughout “The Keepers.” Law enforcement evidently thought there was both smoke and fire, and in fact treated him as a suspect. They had some questions regarding Koob’s whereabouts on the night of Sister Cathy’s disappearance, since the friend he claims was with him had a somewhat different story. After all these years, the friend can not be located, even by the intrepid team of Gemma and Abbie. Equally frustrating is the fact that Sister Russell, Cathy’s roommate, having left the order and married, died a few years ago; she consistently refused to discuss Cathy, the crime or even her years as a nun during the intervening decades. Again, there are implications that threats may have been made, but there’s nothing concrete.

In its fixation on Father Maskell and to a lesser degree, two other suspects who are questionable at best, “The Keepers” omits or downplays some key information. Not until the final episode do we learn there was an eyewitness who saw Sister Cathy on the night of her disappearance being driven in her own car by an unidentified man as she struggled to exit the vehicle. This is mentioned in one sentence and dropped. While “The Keepers” does examine the abduction and murder of 20 year-old Joyce Malecki, which occurred four days after Sister Cathy’s disappearance, there’s no mention of the two 16 year old girls who were also abducted from Baltimore area shopping centers in separate incidents in 1970 and 1971. Coincidence or connection? Equally telling is the condition in which Sister Cathy’s body was found: her skirt was hiked up and she was nude from the waist up, which is more than suggestive of a sex crime. Yet there’s no discussion of this, let alone a confirmation or denial of the presence of semen or any evidence of rape. However, one question has been answered, only days before “The Keepers” became available for viewing. Maskell’s DNA, obtained after exhumation of his body, is not a match for that recovered from a cigarette butt left at Sister Cathy’s crime scene.

Even with its flaws and particularly in light of recent developments, “The Keepers” cries out for at least one more episode. You listening, Netflix?

2 thoughts on “The Keepers”