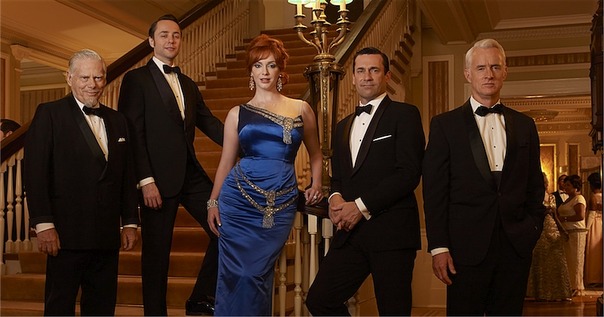 We’ll have to wait to see how it all turns out.

“Mad Men” finished Part One of its final season on Sunday, and the biggest surprise was that even at this late date, there were still surprises. Bert departed this earth in more permanent fashion than the Apollo 11 astronauts, Joan bit the hand that fed her, Don acknowledged the need for female equality and Roger confounded all expectations by riding to the rescue.

It’s no secret that “Mad Men” suffered a significant energy drain after Season 5, subsequent to two superlative episodes in which Joan slept her way to a partnership and Lane Pryce committed suicide. Since then the show has been mired in indifference—while the characters’ hair styles and clothes changed, their attitudes and behavior remained the same, even in the face of the vast cultural shifts of the ’60’s. “Mad Men” seemed to be devouring itself by repeating Season 2 and 3 plot lines, but with far less wit.

This season saw the agency fraying at its core again, this time with Don’s forced absence, Pete and Ted’s exile to California and Jim Cutler’s clashes with Roger. It really wasn’t much fun. One of the few things I did enjoy was Freddy Rumsen’s fronting for Don in pitching ideas to Peggy. Even so, you had to question her acumen if she believed he had dreamed up these radical approaches on his own.

Things started perking up when we learned the depth of Don’s need to belong through his work. When the partners listed their conditions for his return, I said out loud “Don’t do it.” How much humiliation can they lay on this man, and how can a partner be made to report to an underling anyway? But it was worth it for the payoff when he ultimately tipped his hat to changing times. His “Maybe they should” to Peggy’s objection that Moms don’t take precedence over Dads in her Burger Chef presentation was an eye-opener.

On the other hand, I’m liking Joan much less these days. She and Don always seemed to have each other’s measure–two of a kind, both knowing the score. But she boarded the Jim Cutler train, ostensibly because Don’s problems resulted in the agency’s inability to go public. In reality she bought Jim’s brand of salesmanship over Don’s skill in selling by creation. And this wasn’t the first time—her failure to believe in Don’s ability to win the Jaguar account on the brilliance of his concept alone led her to that car dealer’s bed. For better or worse, she’s a partner who’s about to secure her financial future by selling her share to McCann. She’d hate to hear this, but Joan now resembles one of Ms. Magazine’s early icons–the woman who’s figuratively becoming the man she always wanted to marry.

Peggy remains the most interesting “Mad Men” character. I love how she’s continuing to grow into her own as her relationship with Don consists of less mentoring and more peer-oriented coaching. That they could flip roles for the Burger Chef presentation spoke volumes. Their dance at the end of “The Strategy” was lovely: she, exhausted after rethinking her presentation from the ground up, resting her cheek on his chest, and he, kissing the top of her head like a proud Papa. I’m still rooting for the two of them to walk off into the sunset in the series finale to start their own agency.

In non-news, Jim Cutler is such a snake, though I enjoyed his voting himself out to receive that big payoff. Kudos to Harry Hamlin for consistently maintaining that ever so condescending tone in Jim’s voice. Regardless of what McCann says, Ted Chaough is expendable. And Harry Crane, try as he might, will never make partner.

I’ll miss Bert Cooper. Originally I thought Robert Morse’s casting was simply an in-joke, given his role as the first J. Pierrepont Finch in “How to Succeed in Business Without Really Trying.” But I came to enjoy his version of Bert’s zen, and wished that we had had more of him. However, I was delighted to see that he may yet be proven wrong about Roger.

Roger Sterling is becoming a mensch. He knows Don’s value, and contrary to Bert’s assessment, can indeed lead and make the tough decisions. His position hasn’t been easy since Day One, what with his father being THE Sterling in the agency’s name. And after the old man’s death trying to be on equal par with Bert, who heartily disapproved of so much of Roger’s life—the womanizing, the expensive divorce from Mona, the second marriage to a trophy wife. Now, without his father’s ghost and Bert looking over his shoulder, Roger’s in charge—or is he? Don’s always loathed the idea of working in a factory like McCann Erickson. Will this latest move prove Don’s fears to have been justified, or will it turn out to be what Roger envisioned?

Like the old Brooklyn Dodgers, we’ll just have to wait ’til next year.

This may turn out to be more deadly than the “Game of Thrones” Red Wedding.

Local 802 of the Musicians Union recently authorized a strike should an agreement not be reached with the Metropolitan Opera before current contracts expire on July 31. Unlike the choristers represented by the raucous American Guild of Musical Artists (AGMA), which has been rattling its saber for weeks, the musicians have been quiet until now.

Given the present state of affairs, it’s time for a tutorial from this Met subscriber whose hard-earned dollars have been paying their salaries since 1987. So all you unions, welcome to Auntie Betty’s parlor. Have a seat while I try to open your eyes to reality.

Contrary to your evident expectations, you’re not going to win the public relations war. Met General Manager Peter Gelb and his board aren’t dummies, so they won’t forsake the high road to lock you out, which is something I’m sure you’d dearly love (Martyrdom has its perks, I suppose). While the Minnesota Orchestra management had to learn the hard way from this mistake, you can rest assured the Met hierarchy was watching their every move and filing the public reaction away for future reference. This, in addition to the calm of Peter Gelb’s response to every hysterical pronouncement by AGMA, consistently casts the Met in the adult role as opposed to the unions’ acting like petulant teenagers.

You’re not fast food workers scraping by on minimum wage. While the employment paradigm in this country has shifted drastically to part-time and contract work, you’re full-time, permanent employees, a status that many of your audience members would kill for. So how much sympathy do you think you’re going to get when real wages in this country have been virtually frozen for decades and the cost of benefits is increasingly forced on employees? Unemployment in the New York metropolitan area remains high, to the extent that millions have ceased even looking for work, or haven’t you heard? The present economic picture results in less disposable income, which in turn means fewer Met tickets sold and fewer dollars donated (Let’s not forget the investments of the Big Wallets, i.e., the moneyed elite, were also hit by the 2008 economic upheaval). I see no evidence whatsoever that you’ve acknowledged this reality, but you better do so, pronto. Otherwise you’re not serving your membership.

I remember the Met strike of 1969-70, when half a season was lost, and opera lovers went through major withdrawal. Here’s a news flash: We won’t feel that level of pain this time should there be a strike. Why? We’ve got opera on DVD, Blu-ray, YouTube and countless sites on the interwebs, not to mention HD telecasts from around the world. Of course we’ll miss the excitement of the live experience, but we sure won’t be bereft.

The news broke this week that Saul Katz, business partner and brother-in-law of 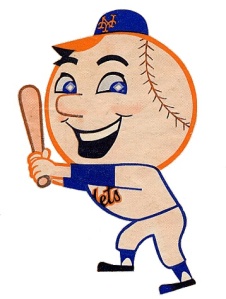 Fred Wilpon, owner of the Mets, may be interested in selling his share. This would either make the Wilpons minority owners or force them to sell their interest in the team. Although Katz immediately denied the rumor, Mets fans took to the internet and social media to rejoice.

If ever a franchise needed new ideas and a cash infusion, it’s the Boys of Flushing, New York. Hit hard by the Madoff scandal (the Wilpons and the Madoffs had been friends for decades), the Mets have simply been out of the running for several years in the free agent market. They’ve been forced to settle for players like Chris Young and Curtis Granderson who, while able, are not what the Mets have a crying need for—a Big Bat. A Darryl Strawberry, a Gary Carter—someone who can deliver. Consistently. And be a colorful Super Star. For years the Mets have been as bland as skim milk. This is New York, for God’s sake! Strut your stuff.

At heart the Wilpons really seem to have wanted to own the Brooklyn Dodgers, not the New York Mets. While the new CitiField honored Dodger greats from Opening Day, the Wilpons didn’t even feature a Mets museum until the ballpark’s second season, and it was only then that the team’s retired numbers appeared on the outfield fences. With this plus a very disheartening team, is it any wonder that ticket sales have been diminishing year by year?

Financially speaking, the Mets have been a bottomless pit, and I suspect that had the Wilpons not been close friends of Baseball Commissioner Bud Selig, they would have been forced to undergo some stringent financial scrutiny when the true extent of Bernie Madoff’s dealings became known, and perhaps even been forced to sell the team. It’s nice to have friends in high places.

Here’s hoping a sale happens ASAP. I don’t expect a World Series champ overnight, but I would like to see some consistently competent and maybe even (dare I hope?) occasionally exciting baseball played in Queens for an entire season. It’s a start.

R.I.P. Al Feldstein, the driving force behind Mad Magazine’s success and the father (?!?) of Alfred E. Neuman, this post’s headliner. At its peak, there was nothing better than to grab the latest issue and laugh like a fool over what “the usual gang of idiots” had cooked up that month. Good times.